10,597 tolling route passes were purchased until 5 pm on 1 March

10,597 tolling route passes were purchased until 5 pm on 1 March 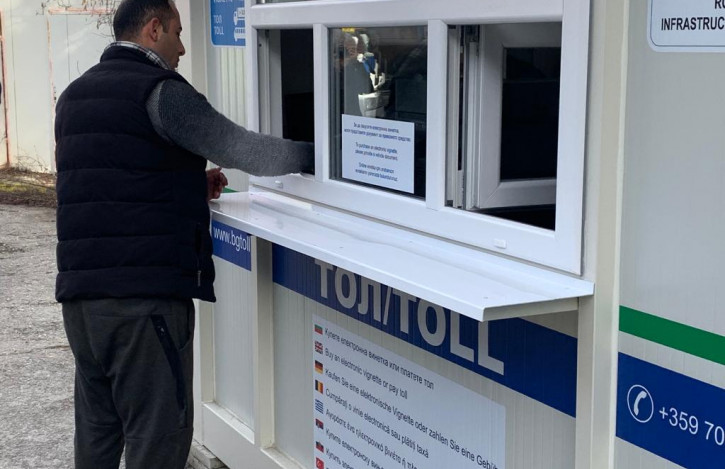 10,597 route passes were purchased for tolling purposes until 5 p.m. on 1 March 2020 on the first day of the launch of the toll system for vehicles over 3.5 tonnes. The users have opted for the sales channels of the Road Infrastructure Agency, with the highest number of passes purchased through the self-service terminals and through the website bgtoll.bg.

With the help of the National Toll Administration officials who advise drivers on the spot at the border – at the counters and at the self-service terminals, it takes 2 – 5 minutes to purchase a route pass. This happens while the drivers wait for their trucks and buses to be processed at the checkpoint.

Nearly 14,000 on-board units provided by the two National Service Providers - Intelligent Traffic Systems AD and Concord Smart Infrastructure AD are installed in the heavy vehicles. They are included in the so-called white list of valid on-board units that the National Service Providers provided to the National Toll Administration on Sunday morning. The contracts with the GPS tracker users are also expected to be concluded by the end of next week.

On 1 March 2020, the electronic toll system became commercially operational. The tolls have replaced e-vignettes for vehicles above 3.5 tonnes, which already pay for the use of 3,115 km of roads. Of these, 803 km are motorways and 2,312 km are first-class roads. Nearly 17,000 km of second-class and third-class roads, of about 20,000 km of the national road network, will be free for the heavy vehicles. For example, there are no roads on the territory of Smolyan district for which toll is due.

The tolls per km are determined in accordance with the mass of the vehicle, its ecological class, as well as the category of road. For mass heavy transport – trucks from 3.5 tonnes to 12 tonnes, the rates are between 3 st. (stotinki) and 7 st. per kilometre and for buses – from 1 st. to 4 st. per kilometre. For vehicles over 3.5 tonnes using alternative fuels as the sole source, the toll rate will be 50 per cent of the rate set for the type of vehicle with eco-category EURO VI, EEV.

The route pass can be bought through channels through which the e-vignettes are also sold: from the website of the National Toll Administration www.bgtoll.bg, from the mobile application BGTOLL, at the counter at the border crossings, in the district road departments, from the 500 self-service terminals throughout the country, as well as from the commercial network of the partners of the RIA.

When using a route pass, the driver or the owner of the heavy vehicle or bus shall enter the desired traffic route into the system in advance, marking a starting and ending point, and up to four interim points (optional). He/she shall declare the category, emission class and number of axles of the vehicle and choose to generate the shortest or fastest route. As a result of this data, the passing price shall be calculated. The validity of the Route pass is 24 hours from the selected activation time.

The requested route must be strictly followed. In the event of an incident or other obstacle on the road which has led to the announcement of a bypass route, the driver will not be penalised if he passes through it. For any other deviation from the pre-selected path, an additional route pass must be purchased.

If the driver or the owner of the vehicle registers in the system with his/her e-mail address, he/she may buy one or more route passes up to seven days in advance. Upon subsequent request of the service, the system will automatically, for hisher convenience, re-offer the data already entered. For unregistered users, a route pass may be purchased up to two days in advance, i.e. it must be activated no later than 11:59 p.m. on the day following the purchase.

To facilitate the drivers in transit through the territory of Bulgaria, 34 additional points for the sale of route passes and 58 self-service terminals are provided at the border crossing points. This enables the simultaneous servicing of 92 heavy vehicles.

National Toll Administration officials who speak the language of the neighbouring country have been reassigned to the main checkpoints. They inform the drivers about the new way of charging, help them buy route passes and provide information about current road restrictions so that the most appropriate route can be chosen. For ease of reference, road maps showing permanent restrictions on the movement of vehicles over 3.5 tonnes and over 12 tonnes are displayed. When the traffic is intense, a mobile point of sale with two workers is ready to be included if redirection is necessary.

In the first days of the system's launch, the control on tolls paid will be carried out on site through the 105 mobile teams of the National Toll Administration. The inspectors will help the drivers by directing them to the nearest place to obtain a route pass - on the road these are the large fuel stations. 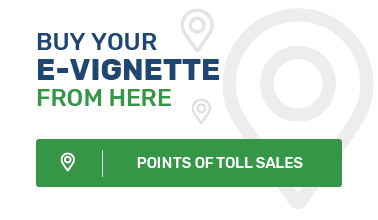 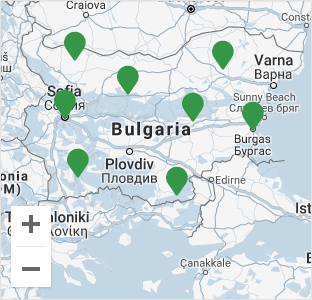